Travels into a new World... He who dares wins!


This teenager say it all so well  (4.5 mins)  A short but powerful video
https://www.youtube.com/watch?v=qpcfZzx8xY0#t=50

Invest in a Freedom Summit near you - 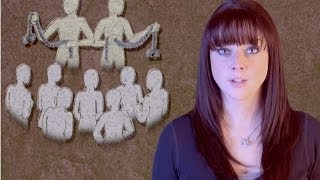 If u have friends/family in the US, pls ask them.

AND READ THIS TO THE END.

It's time the US armed forces chucked the Jews and their Puppets ( Chaney, Bush, Rumsfeld, Obama & Co ) out and took back cotrol of their country. A fraud pretend " commander in chief " has no standing or case to run this great country and must be hung along with his horde of criminal traitors. WAKE UP THE UNITED STATES ARMED FORCES.

For what purpose?  To demonstrate to the others in the Military that he simply 'can' because his is Imposter-in-Chief, or to set America up for another 9/11 type 'false flag' for an Israeli nuke to render us defenseless.  Any Military man knows just how serious this is?  The dollar value of this equipment would place the U.S. of A. in an unrecoverable position.  Is he testing the metal of his military opposition?  For what purpose.  This is beyond ludicrous, beyond insanity, and beyond crazy.  Yes, it is "NUTS"!


HOW MUCH MORE ARE WE THE PEOPLE GOING TO STAND FOR ???

What is wrong with this picture?

The picture is of the five first line US nuclear carriers docked together in one place. Just like Battleship Row, Pearl Harbor , December 7, 1941.

This picture was taken the February 2014 in Norfolk , Virginia … Obama ordered 5 nuclear carriers into harbor for "routine" (?) inspections. Heads of the Navy were flabbergasted by the directive but had to comply as it was a direct order from their Commander-in-Chief.

The carriers were all pulled out from the MIDDLE EAST and the Afghanistan support role leaving our land forces naked and exposed!

Obama is ‘Commander in chief’.
This ordering of most of the Navy's capitol ships into one place is unprecedented since Pearl Harbor !  This could be the creation of a false flag atomic incident too stupid for any enemy to pass up.

Also, why did the following happen?  Is this a routine changing of the guard?  Or what?  I'm afraid of the "what"!


Major General Paul Vallely (Ret):
This long list of senior military officers and one sergeant major
comes at no great surprise to me because of the direction this
country is heading.

Here is the list of our military elite who have been purged or fired under Obama:

Since Barack Obama has been in the White House, high ranking military officers have been removed from their positions at a rate that is absolutely unprecedented.Things have gotten so bad that a number of retired generals are publicly speaking out about the 'purg' of the U.S. military that they believe is taking place.As you will see below, dozens of highly decorated military leaders have been dismissed from their positions over the past few years.So why is this happening? What is going on right now is absolutely crazy especially during a time of peace. Is there a deliberate attempt to reshape the military and remove those who don't adhere to the proper 'viewpoints' ? Does someone out there feel a need to get officers that won't cooperate out of the way?
Throughout world history, whatever comes next after a military purge is never good.
If this continues, what is the U.S. military going to look like in a few years?
Perhaps you are reading this and you think that 'purge' is too strong a word for what is taking place. Well, just consider the following quotes from some very highly decorated retired officers:
-Retired Army Major General Paul Vallely:The White House protects their own.That's why they stalled on the investigation into fast and furious, Benghazi and Obamacare.He's intentionally weakening and gutting our military, Pentagon and reducing us as a superpower, and anyone in the ranks who disagrees or speaks out is being purged.
-Retired Army Major General Patrick Brady: There is no doubt he (Obama) is intent on emasculating the military and will fire anyone who disagrees with him.
-Retired Army Lt. General William G. Jerry Boykin: Over the past three years, it is unprecedented for the number of four-star generals to be relieved of duty, and not necessarily relieved for cause.
-Retired Navy Captain Joseph John:I believe there are more than 137 officers who have been forced out or given bad evaluation reports so they will never make Flag (officer), because of their failure to comply to certain views.
A Pentagon official who asked to remain nameless because they were not authorized to speak on the matter said even young officers, down through the ranks have been told not to talk about Obama or the politics of the White House. They are purging everyoneand if you want to keep your job just keep your mouth shut.Now this trend appears to be accelerating.
http://endoftheamericandream.com/archives/why-are-dozens-of-high-ranking-officers-being-purged-from-the-u-s-military<http://endoftheamericandream.com/archives/why-are-dozens-of-high-ranking-officers-being-purged-from-the-u-s-military>
General Vallely's comment:
Absolutely every communist regime on the planet did this as soon as they got in power.  I am surprised this communist traitor with his feet up on our furniture in the white house hasn't done this until now!
SO WHAT ARE YOU GOING TO DO ABOUT IT?
I am doing my part.  How about forwarding this.
Paul
(General Paul Vallely)

Boost your health and wealth